This page was made for the CS491 Virtual and Augmented Reality class at UIC, it provides a detailed description and critique of a current virtual reality application that is of interest to me.

The holiday of the future

It has been predicted that Virtual Reality is the new frontier of the travel industry, “Virtual reality has the potential to radically change travel” says Rachael Power (Virtual Reality News). Dr. Ray Kurzweil, Director of Engineering at Google, that in the future we will spend much of our time in virtual augmented realities, allowing us to visit each other (even touch each other), despite being hundreds of miles apart.

The highly competitive market of travel industry recognizes their customers desire to gather as much information as possible about a destination prior to booking their trip, and VR is their solution. According to a Google study, consumes typically make 350+ digital touchpoints before actually booking, which demonstrates the increasing amounts of resources a buyer needs before committing. Providing travelers with the option to take a virtual tour of prospective destinations offers them a much more personalized approach to their shopping experience while putting all the information they need in one place. Not only would this help inform their overall trip, but would also allow them to visit attractions that destinations offer so that they can tailor their itinerary simultaneously. The consumer benefits from the more impactful and personalized experience while the travel companies profit from the increase in conversion rates making this commercial use of VR a symbiotic marketing tool. However the goal of this innovation is not to replace visiting an actual location, but focuses on how to improve the consumer experience.

I chose to present this topic because of my passion for travel. The world is such a big place and nearly impossible to explore fully in one lifetime. This is surely true, at least until Virtual Reality technologies will become as good as reality. And it has happened to me more than once that I go to a place and I actually expected it to be different, maybe better, maybe worse. This unpredictability can sometimes be a good thing, it is always good to have some level of uncertainty in life. At the same time, no one would like to spend a lot of money on tickets and travel plans just to be disappointed by the place because they didn't expect it to be like that. Recently when I plan to visit some place, I always look up on Google Street View and pictures to have a vague idea of what I will be able to see, this is usually more than enough, but what if you could actually visit the place, or at least part of it, in a virtual world? That would be really cool, and would almost completely assure you of going somewhere you really like.

Consumers just love the idea of "try before you buy". This ideal motivated Expedia to work on developing various Virtual Reality experiences that offer the viewer a more intimate look into two iconic destinations, as well as opportunities to observe prospective hotel rooms. VR allows for a deeply engaging experience making it a powerful tool for travel while opening up the opportunity for businesses to sell consumers on what they have to offer through a very unique experience. According to Brent Harrison, the Vice President of product and technology at Expedia, the goal of this initiative is to make travel more personalized and to inspire customers to book their next trip. These experiences can be accessed through either Steam or Viveport Marketplace using an Oculus Rift or HTC Vive headset. All their initiatives were developed in-house through their very own ExpediaLabs.

Expedia is not new to the world of virtual reality having invested over one billion dollars into their technology in 2016. Recently, in early october 2018 they released their newest project to the public: Expedia Cenotes VR. Audiences can explore Mayan ruins and swim in Mexico's Yucatan Peninsula. A Cenote is a natural pit, or sinkhole, or a system of underwater caves resulting from the collapse of limestone bedrock that exposes groundwater underneath. This experience was developed as part of their ongoing research into new age travel technology and the goal of this undertaking is to inspire customers to book trips.

Pictures of the Yucatan Cenotes 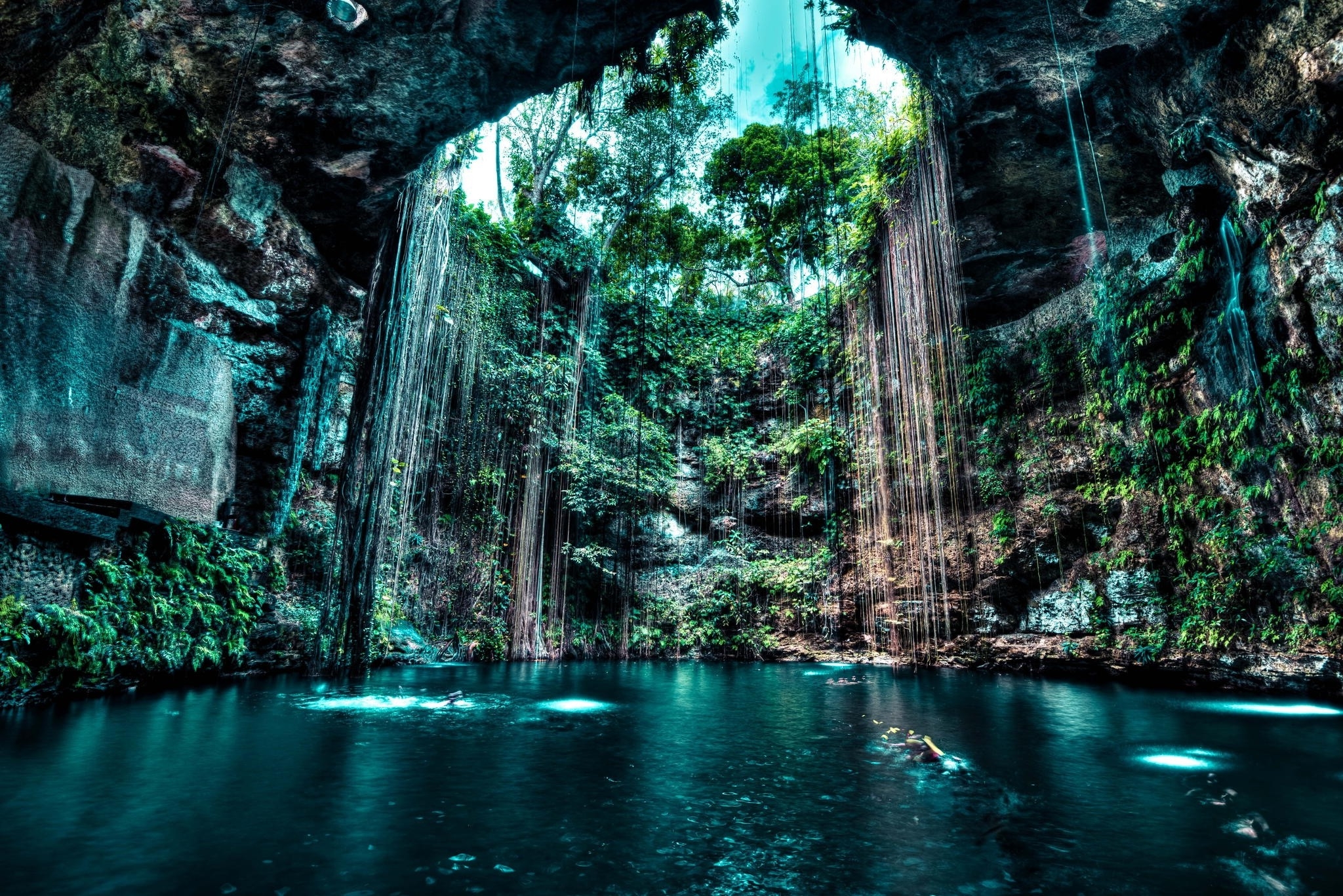 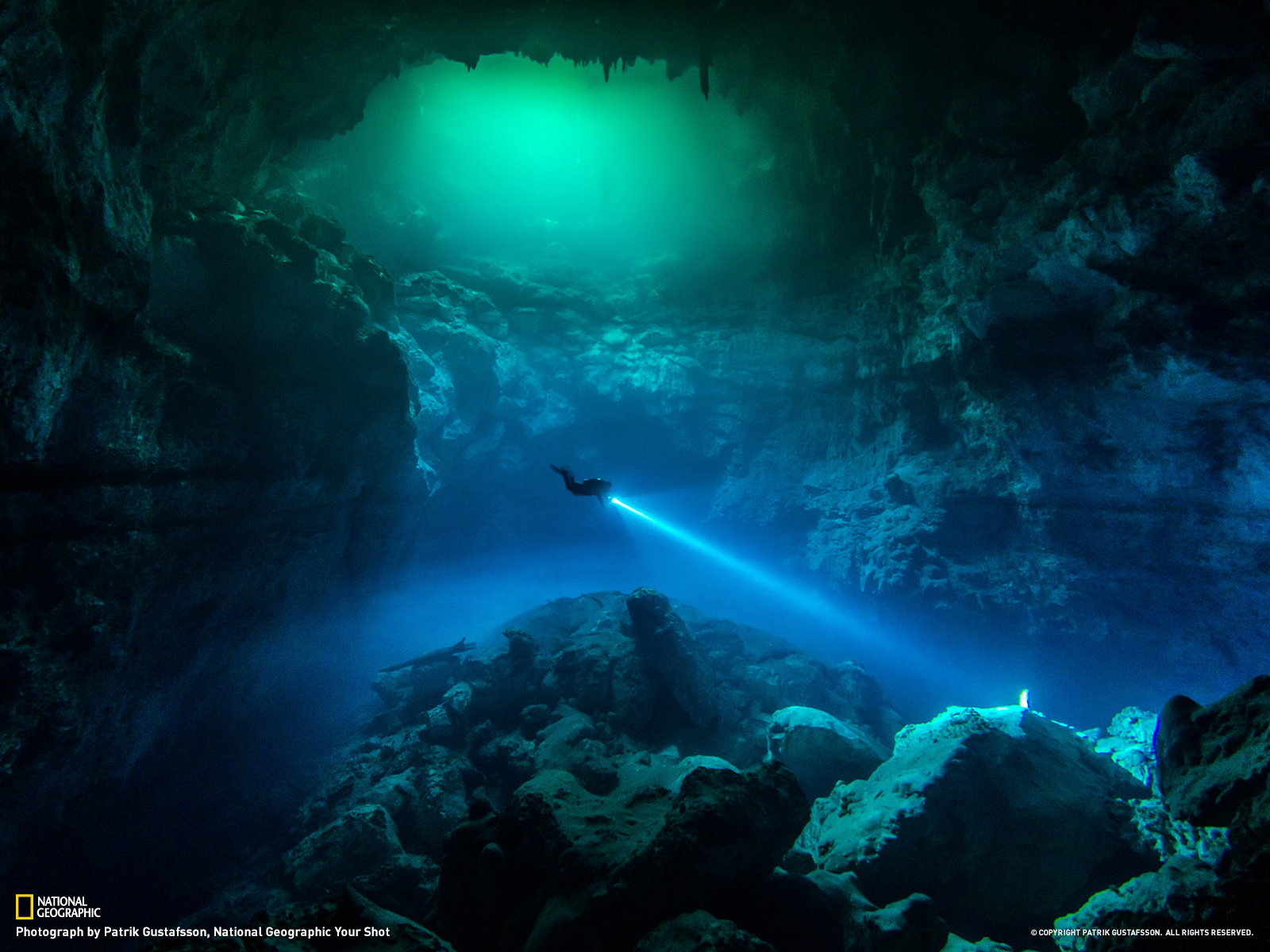 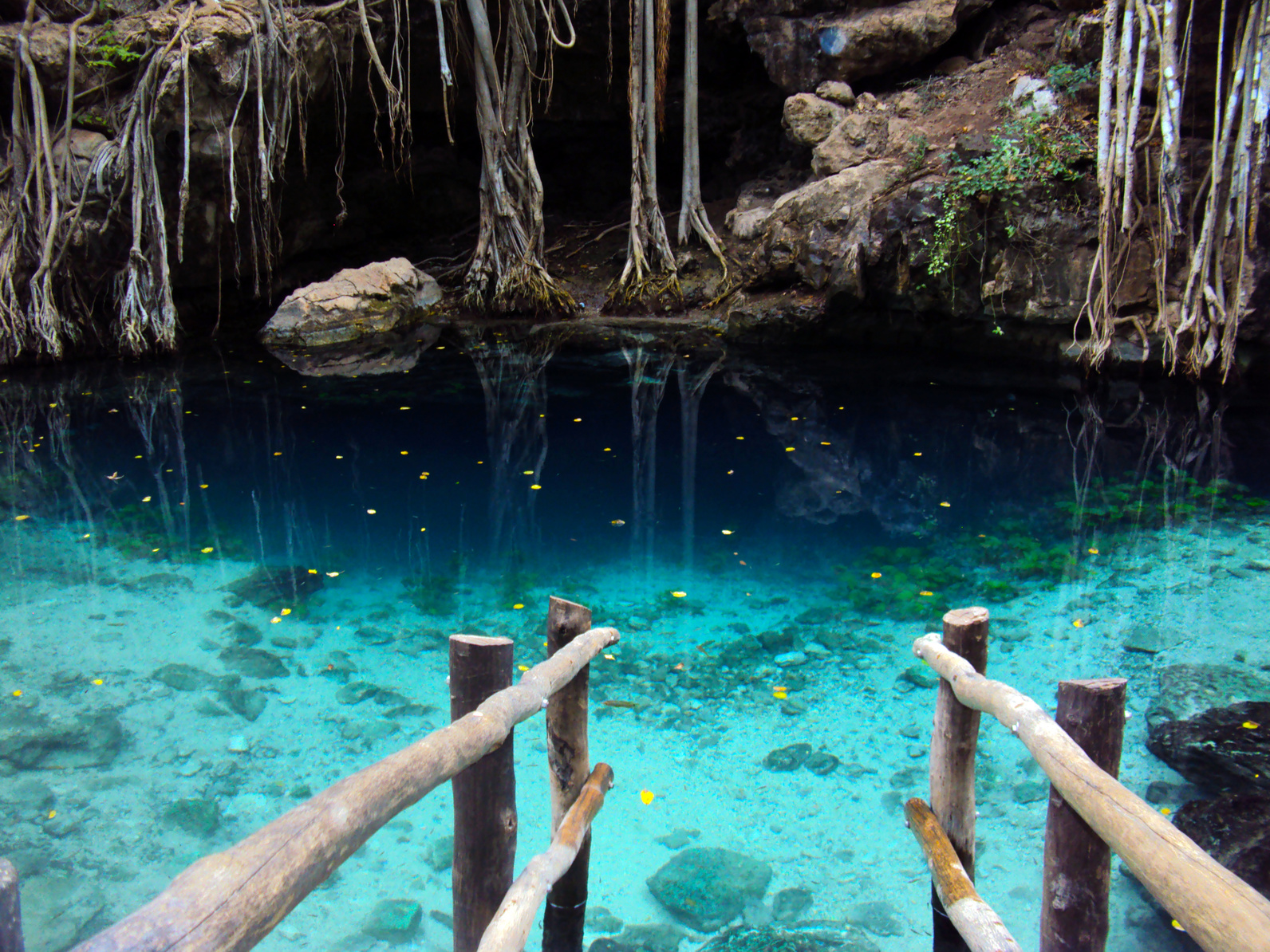 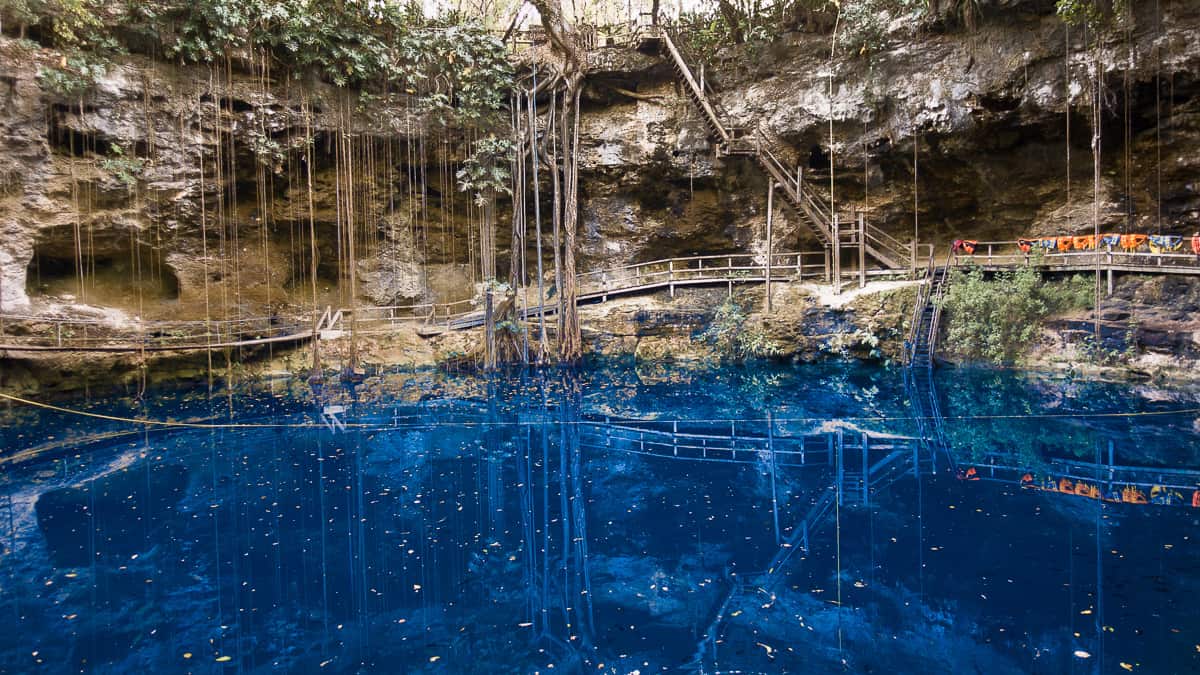 Expedia Cenote VR was developed to be a highly immersive cultural experience where viewers can actually swim through underground caves, and learn about the value they held to the ancient Mayas who built villages around these aquatic havens. As you explore the clear turquoise waters, you can also read facts about the Cenotes as well as interesting anecdotes regarding Mayan culture. Furthermore, somewhere hidden within the virtual world is a coupon that deducts ten dollars off a seventy-nine dollar trip in person.

I think this application is really useful and can help people decide if that is really the destination they want. Also, it's quick and easy to orient yourself in a place you've never seen before, you can explore the virtual place and annotate the best spots to take pictures or figure out the best path to navigate the site. Last week I went to Canada to visit Niagara falls and I wished I had seen the place in VR first because I didn't really know where to go, where the biggest fall was, how many separated falls there were, which where the best spots to take pictures. I also was not very impressed and I thought they were bigger, maybe if someone is undecided about going or not a VR experience could help make the final decision.
I tried myself the application and I did not experience any kind of simulator sickness even if I stayed in the virtual world for about 20 minutes.
Another advantage is that it is potentially really quick, in 5 minutes you can explore a site and get a first real impression on whether you will like it or not. It is also possible to go to places that you would not be allowed to explore in real life, in the water for instance.
The software was pretty easy to install, just a matter of downloading it from SteamVR.
Last advantage is that it is completely free.

Since its very recent release not many reviews have been shared, but those that have, have pointed out some initial issues regarding the application. First and foremost clicking the “start” button does nothing creating a false sense of interaction for the user. Other reviews say that it has a bad frame rate and its very laggy even running on very expensive graphic cards like an NVIDIA 1080. When I tried the application myself I did not experience such behaviors and it was running smoothly on the classroom PC, which has nice hardware but the price is not out of this world.
The other things I noticed that I did not like and that could be improved are: the teleportation is the main way in which you move in there, you can also walk but the space is huge and walking for 3 meters in real life is nothing, you'd still be stuck in the same location. I would have liked another type of transportation like a small row boat or a cart or a small train that you can control. Apart from this, after a few minutes it gets pretty boring in there because you cannot interact with any objects, you can only see. Small interaction even like picking up some objects and being able to throw them would make it way more realistic. The only things you can interact with are the small and illuminated circles that display some informational text when you step inside of them.
Lastly, it would be nice to be able to experience this virtual travel at least with the person you're planning to travel with. Adding some kind of small collaboration would be beneficial.

This is a brief video recorded by me where I quickly explore most of the Cenotes in the application.

Though virtual reality in homes is growing, this project still targets a niche group of people who can afford hundreds or thousands of dollars on headset and computer which limits the number of people who can access these experiences. Currently, either an Oculus Rift, or a HTC Vive is required to stream these adventures, which not everyone has. However nearly every household does own at least one smartphone, therefore for this to reach an exponentially larger audience, ExpediaLabs should also work on developing this program for the Google Cardboard App or other mobile VR devices. This highly affordable alternative employs one’s smartphone as a display and gyroscope for just a fraction of the cost of the previously stated high end options. The app is fully compatible with Android and IOS and involves a cardboard visor with a slot for your smartphone to click into; which can either be purchased online, or constructed through DIY instructions also found online.


Videos and images taken from: Expedia Cenote VR on Steam 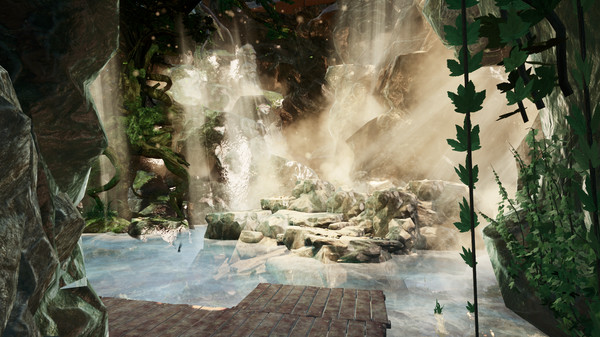 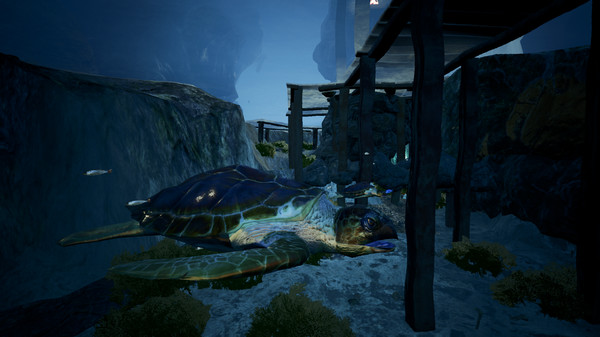 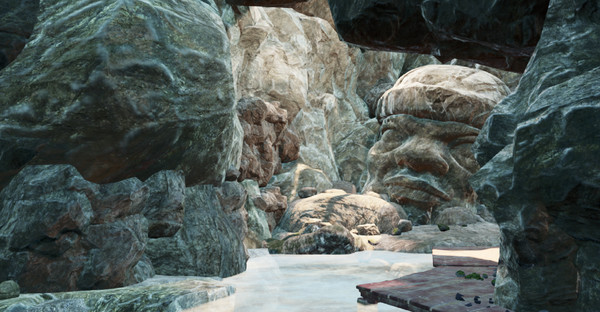 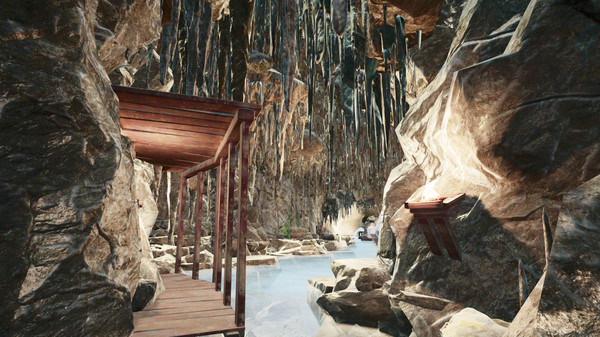 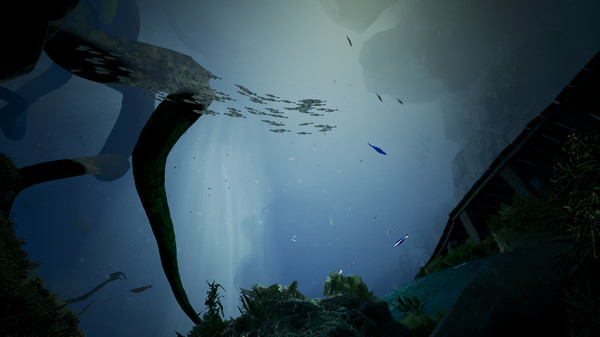 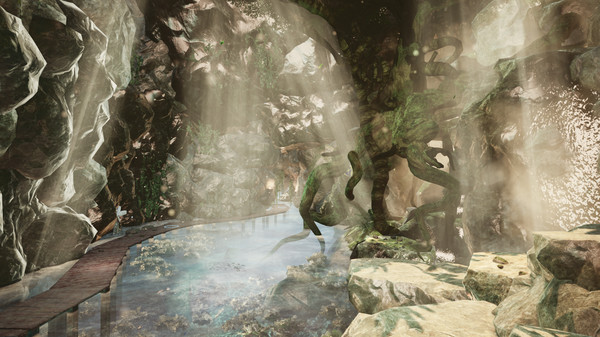 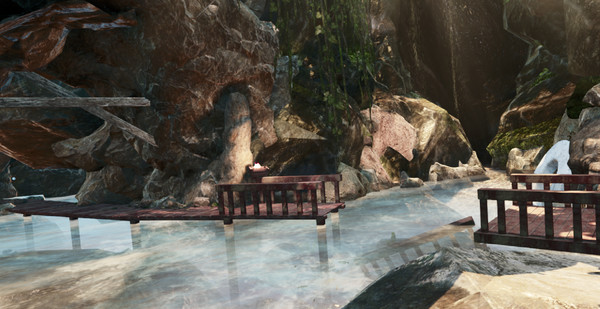 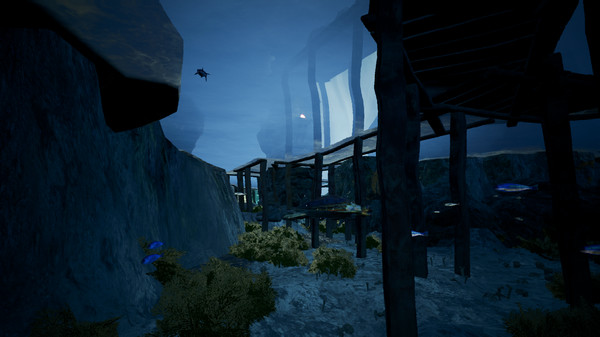 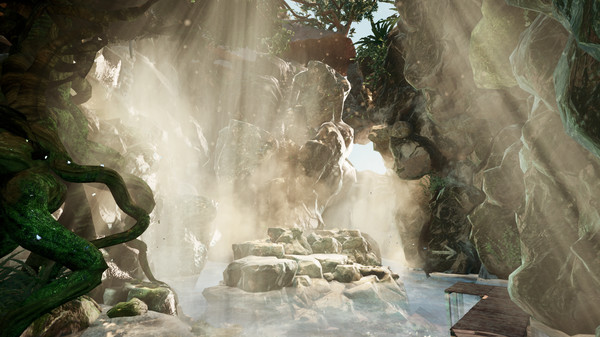 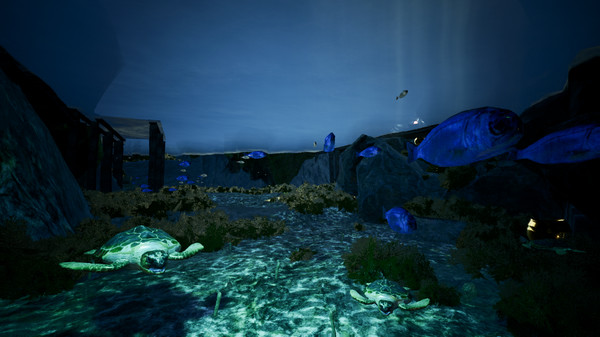 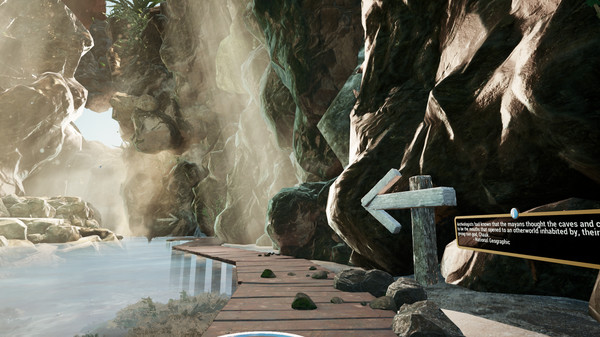 Future of this technology

I really think this technology will not disappear in the future. Expedia has just started something that could become the usual thing to do before choosing the destination of a vacation. In the future everybody will have some kind of HMD or even a more advanced type of hardware in their home, most of the famous travel destinations will have Virtual Reality experiences to try before buying the airplane ticket or booking a hotel. In this near future I imagine there will be much more interaction with objects in the virtual world, almost anything we can do in reality will be possible to do in the virtual environment and more. I would also like to have a human speaker, like a guide, instead of just signs that tell you about the history of the place. One possible big disadvantage that this type of technology could create is that people will not move from their homes at all. As the experience becomes more and more realistic, cheap and fun, people will not have much of a desire to see the place in person, given the fact that maybe they'd have to travel for hours, go through lines to buy tickets and having to pay for a guide, when all of this can be avoided by exploring the same exact place in Virtual Reality.

Expedia's first endeavor fittingly transports you to the hub of computer science in Seattle Washington, where viewers can explore the Space Needle and even bungee jump off the edge. This game became available in 2016 and allows for the audience to walk around the space needle and take an elevator 500 feet up to the highest platform.